Home » 10 Simple Lifestyle Changes That Will Make You Money 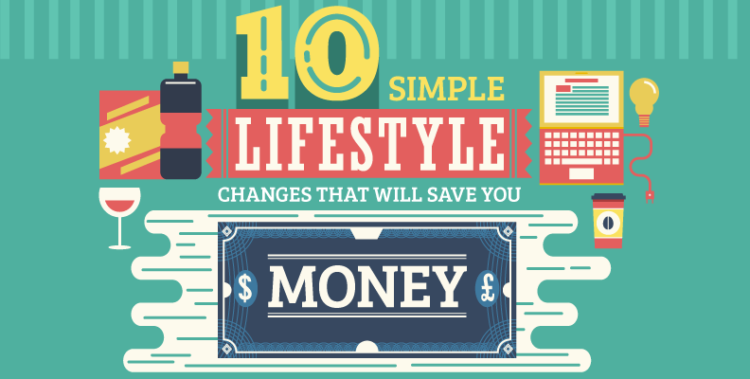 10 Simple Lifestyle Changes That Will Make You Money

Do you want to know the secret to being wealthy and living comfortably? It’s not just earning a big salary (although that helps), but learning how to save – it’s really as simple as that. And in all fairness, it’s not easy – between bills, food and having a social life, there are 1001 things waiting in the wings part you from your hard-earned cash. Granted, life without the odd indulgence would be dull – but if you really are serious about saving this year, it’s time to make a change.

To start, think about how much food you buy. Now think about how much of that actually gets eaten, and how much of it ends up going straight to the bin. According to estimates, the cost of wasted food in your home will sit around £470 a year if you don’t have children (and if you do, then you’ll see that figure rise to £700). To start with, you need to stop treating food as a commodity and start viewing everything you buy at the supermarket as a valuable object – consider the time that you took to earn the money to buy it, and the labour that went into producing it. By being mindful of the value of food, you’ll likely be more proactive in trying to protect your investment.

Two common foods that usually end up in the rubbish are meat and bread – both going off quickly if left uneaten. Rather than assuming that you’ll eat them before the use-by date, try planning a meal calendar and freezing what you won’t use within the next few days. Not only will this make them last longer, but it’ll ensure that you don’t waste money on buying replacements for them.

And that’s just one of the tips in our new infographic which, when combined together, could save you a staggering £6,000 a year. Ready to start saving? Then be sure to read the rest of tips below.