Home » The Cost of Halloween 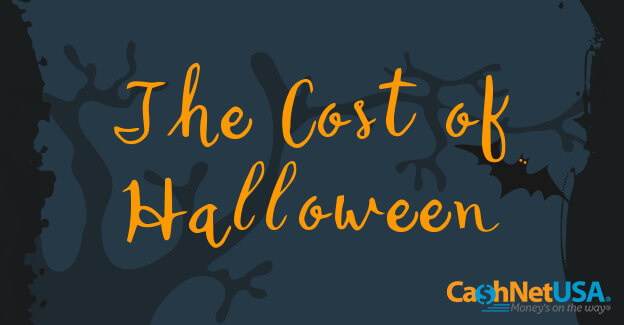 The Cost of Halloween

The celebration of Halloween has grown to be an American tradition unlike any other. If you celebrate this spooky holiday, how much do you spend compared to the average American? Below we break down the cost of Halloween. You might be shocked to learn just how big the holiday of Halloween has become!

How much do Americans spend on Halloween? The amount spent on costumes, candy, decorations and trick-or-treating is a boom for business!

The Cost of Costumes

67.4% of Americans will purchase a Halloween costume

23 million people will dress their pets in costumes

The Cost of Candy

Americans have spent roughly $2 billion on candy over each of the past three years! 2015 is expected to see $2.5 billion in sales.

72% of all candy spending this Halloween will be on chocolate! Here are the top 5:

The Cost of Decorations

$2 billion will be spent on Halloween decorations!

47% of people will decorate their homes for Halloween.

54 million people will throw or attend a Halloween party in 2015! Where do they get their decorations?

1.1 billion pounds of pumpkins will be purchased!

• 162 million people are expected to celebrate Halloween this year!

• Total Halloween spending — which includes costumes, candy and decorations — will equate to $7.4 billion this year!