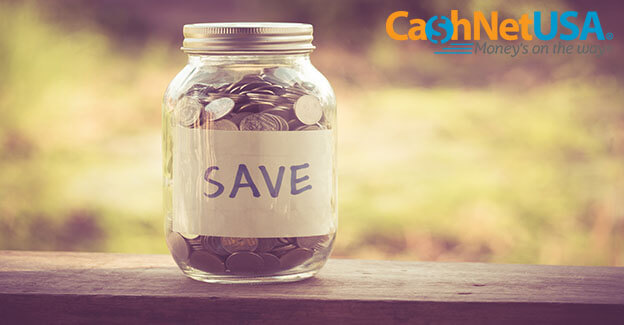 Financial times are tough in 2013, and they don’t seem to be getting drastically better for the average consumer.

The unfortunate thing is that most of us are in fact “average consumers” — we have limited income and rising expenses, and we’re faced with a “new normal” of rising costs and stagnant earning potential.

People who live in these scenarios usually have debt playing into their situation in one of two ways:

Regardless of where you land on that spectrum, the goal is to get and stay out of debt.

Whether you’ve already gone down this road, or are anticipating having to use debt as a tool to deal with your situation, we need to talk about a few ways you can avoid going into debt entirely.

The thing to keep in mind is that debt can help anyone in the short-term, but in the long-term it can have disastrous consequences.

Here are a few ways to help your wallet’s cause:

The battle isn’t really won by making more money; it’s won by saving more of what you already make.

Don’t always think of saving money as putting a quarter in your piggy bank or socking money away in a savings account somewhere. Saving money is basically just limiting your expenses. Here’s a good example:

When you sign up for a gym membership, you’ve got two options:

It’s no accident that the price difference between the two is less than the cost of the cheaper plan. Why? Because they want you to feel like the $35 plan has more value so that you’ll buy it, even if you don’t really need to tan or go to the spa.

If you really want the gym membership, it’s fine to buy one, but go with the cheaper plan and avoid luxuries that you don’t need, because the $20 plan saves you $15 a month, which is a moment where you’re reducing your expenses.

Downgrading your cellphone plan, getting cheaper Internet service, or canceling weekly trips to the movie theater are all ways you can limit your expenses. When you’re dealing with debt, that’s one of the most powerful things you can do to avoid debt entirely.

Live lower than your means

What if you took a 15 percent pay cut? You probably won’t, but let’s just pretend for a second that it happened. What would you do?

Well, truth be told, you’d probably be fine. You probably wouldn’t starve, or be out on the streets, and life would probably go on more or less as normal. So here’s a thought: Why not live below our means anyway, in an effort to avoid the need to use credit in the future?

It’s easy not to use credit when times are good, but when times are tough, if you don’t have breathing room, the temptation is almost impossible to resist, because in our minds we have a “good reason” for it.

Think about it this way: In professional sports (except baseball), each team has a salary cap, which limits the amount of money they can spend on their players. Many teams, in an effort to stay safely below that cap, institute an in-house salary cap that is actually lower than what the league requires.

It’s a good financial practice, and one that we can model at home.

Hold off on the big-ticket items

Even if you don’t use a credit card to purchase them, make sure that you assess the big-ticket items on an as-needed basis. All that means is that you take an honest look at the item and your own motivations and decide whether or not you truly need that item.

If you don’t need it, then purchasing should wait until you’re able to save enough money to cover the full purchase cost.

Keep an eye on restaurant spending

Restaurant spending can be incredibly high compared to grocery shopping, so keep an eye on how much you spend here, and ratchet it back if necessary.

It might require some lifestyle changes, but eating more meals at home can save an individual (or a family) a ton of money, and could even be the difference between going into debt or not.

Put some money away

We’ve already mentioned saving money in the context of reducing expenses, but avoiding debt can also be done by putting money away and having money to draw from when your weekly cash flow fails you.

We can all rest assured that cars will break down, medical expenses will come up and all manner of other unforeseen costs will interrupt what we thought was a set-in-stone budget and cash flow. When that happens, having a lump sum of savings to draw from can keep you from having to use a credit card at all and allow you to just pay back your savings account — interest free.

Save as much as you can, but remember that it’s more important to be consistent than to deposit large sums every once in a while.

Taking a comprehensive approach to your spending, savings, cash flow and lifestyle will make you well equipped to avoid reaching for the credit card and starting a cycle of debt that’s hard to get out of.

Work hard, limit your expenses and save what you can. It sounds simple, but it’s a recipe for financial freedom and for staying debt-free in 2013.