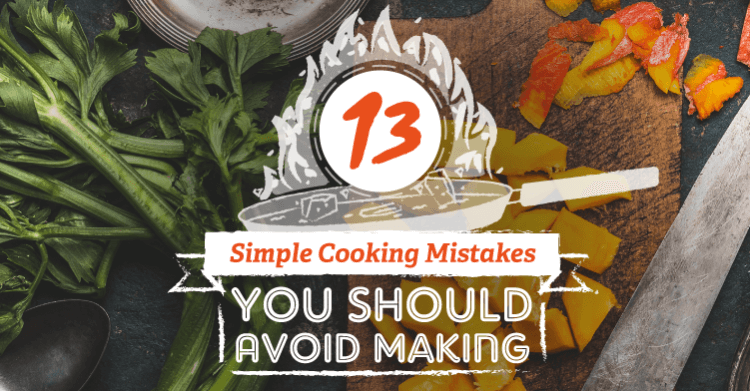 Everyone has their own approach to cooking. Maybe you like to keep it simple, or perhaps you like to try something more adventurous once in a while. But whatever your standard as a cook, it only takes one little mistake to ruin a meal. How can you ensure your efforts in the kitchen are the success they should be?

We’ve all had that feeling: After hours slaving over a hot stove, carefully following the recipe, you present your family with a picturesque plateful of steaming food. But when they bite into it, the look on their face tells another story. You’ve made a mistake, and the food tastes awful!

Even the best chefs can make mistakes if they don’t heed some basic kitchen principles. But if you learn a handful of rules and remember them as you cook, you needn’t wind up with a disaster on your hands.

Our new infographic is a must-see resource for all who use a kitchen – whether you’re an absolute beginner or an experienced cook. Familiarise yourself with these common kitchen errors, and you can prevent yourself making the same mistakes.

Cooking can be fun and achievable for everyone. Take a favourite recipe, add a measure of discipline and a sprinkle of flair, and you should find it’s all smiles around the dinner table next mealtime.