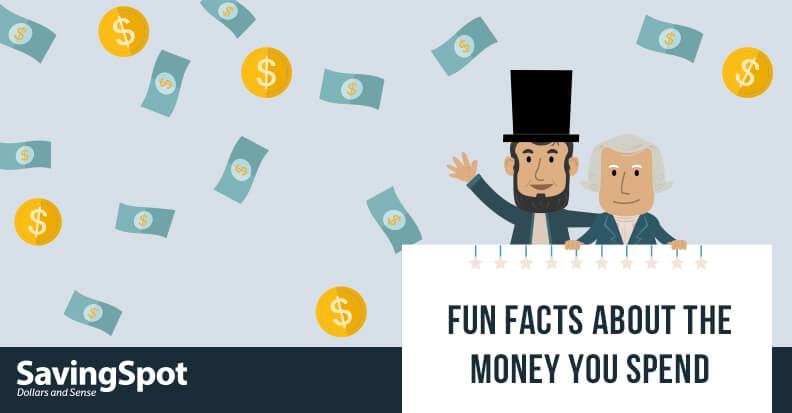 A Brief History of U.S. Currency

Our paper currency is printed at the Bureau of Engraving and Printing, which is one of the most visited buildings of the U.S. Government. Why is our currency green? Why do we have paper and coin options? U.S. Currency has a colorful history worth exploring. First, let’s start at the beginning.

The Use of Coins1

At our nation’s beginning, coins were the main form of currency exchanged. Paper bills known as “continentals” were issued by the Continental Congress to finance the Revolutionary War. After the war, they became worthless. That destroyed faith in paper money, so the U.S. Constitution made coins the only form of exchange.

Until they were discovered in the west in the mid-1800s, gold and silver were in short supply. There wasn’t enough of either metal to produce the amount of coins needed. Because of that, foreign coins were acceptable as payment for goods and services. The use of foreign coins as a form of money was not discontinued until 1857.

The Rise of Paper Bills1

Prior to the Civil War, only banks issued money. Over 8,000 different banks issued money. As a result, counterfeiting was common. Through the National Banking Act in 1863, a national banking system was created. While it was partly established to resolve the financial crisis caused by the early days of the American Civil War, it also helped to regulate the printing of paper money and minimize the amount of fraudulent currency floating around.

The Bureau of Engraving and Printing say this is their most asked question. It is believed that in 1929, at the time of the introduction of the smaller notes we use today, pigment of that color was very plentiful. Also, it is not likely to be damaged by chemicals and other physical hardships, as it cannot be destroyed by acid. At this same time, the government chose to make the bills themselves smaller in order to cut down on manufacturing costs.

It has also been noted that green has taken on an association with the strong and stable credit of the U.S. Government.