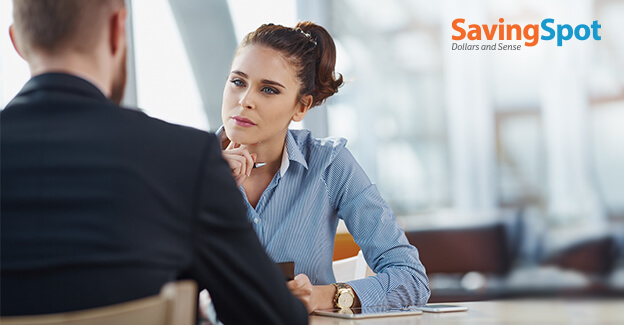 Over the last six years, unemployment rates have been steadily dropping. This has prompted many in the workforce to rethink their current roles and start seeking new jobs. When the economy took a hit in 2008, it led many people to choose roles they may not have in another situation — with the unemployment rate so high, there were few options and many struggled. Now with employment rates consistently dropping, many workers are looking to make career choices they want, not ones they need.

In addition to the falling unemployment rate, those now joining the work force are coming in at a time when “job hopping” is becoming a norm. Before, a college degree would set you up to succeed at a single company for 40+ years. Now, an entry-level position is just a jumping off point. As a result, the average Millennial will change jobs four times before they are 32.1

Everyone has his or her own reason for leaving a job. Before you accept a new job offer, it’s important to think about why you want to leave your current position, what you desire in a new role and what might be the drawbacks of quitting. Here are some common mistakes people make:

Sometimes employees leave a company and later want to come back. Often referred to as “boomeranging,” this practice is more popular than you may think; in a recent study by Kronos, 76% of human resource executives and hiring mangers say they’re open to hiring boomerangs.2 For this reason, you should be careful what you say during the exit interview. They may ask about why you’re leaving, what you think of your boss and any other factors that influenced your decision to resign. If you insult someone during the interview process, word could get around — that would hurt your chances of returning in the future. Choose your words carefully and provide honest, but tactful feedback. Try offering positive feedback, followed by constructive criticism, then conclude with another piece of positive feedback.

Mistake #2: Not Considering the True Cost/Benefit Before Negotiating Your New Salary

Some people don’t consider the big financial picture when leaving a job. For instance, you current company may offer both a pension and 401(k), whereas many other companies don’t offer pensions. Those benefits are worth something — it’s real money! At a new job, the salary would have to compensate for that. There are many financial factors, like health care and stock options, that aren’t included in the base salary offer.

Consider the full spectrum of benefits in your new role, including what you are losing by leaving and what you are gaining. Negotiate to fill in the gaps.

Oftentimes, if you’re a key employee within the firm or if they’re caught off-guard by your resignation, they’ll make a counteroffer to try to get you to stay. It’s almost always a bad move to accept it for several reasons. By the time you’ve received an offer, you have probably spent weeks looking for a new job, interviewing and negotiating with the new company — you are already mentally invested in taking the next step in your career. By accepting a counteroffer after you’ve made up your mind to leave, you’re committing to work at a place where your head simply isn’t in the game anymore. You’ve also exposed your hand to your current employer, letting them know you’re unhappy. There are two kinds of employers in this situation: the kind that will listen to your complaints and work to make sure you’re happy in your position, or the type of employer that is trying to get you to stay just long enough for them to hire your replacement. Lastly, you may also lose out on future promotion opportunities because you’re viewed as not loyal to the company.

If you find yourself in this scenario, take a moment to consider both offers. Set them down side-by-side and consider the actual value of each (see mistake #2). Then weigh the pros and cons of your old company with your new company on an emotional level. Ponder why you wanted to leave in the first place and whether or not this counteroffer will resolve your previous issues with your current role.

When you take on a new role, there are small transitional challenges that are normal — learning your new role, meeting new people, etc. But there are bigger challenges outside of the actual work when you’re in the office, and those are the ones that affect your overall lifestyle. It is crucial to take this into consideration, or you may be forced out of this new role as quickly as it started. One of the most common problems is your new commute. If you don’t plan on moving closer to your new job or if a job doesn’t allow telecommuting, you may be tacking on 10 or more hours per week in extra travel time. When you add in the extra time it takes to get used to a new company and culture, you may be working an extra 15 – 20 hours per week! For a small increase in pay, the trade-off might not be worth it.

Make sure you take the time to map out your daily route and how it could affect what time you leave, when you get home, how extra curricular activities are affected and the overall cost (increase or decrease) before you commit to any offer.

How to Use Your Stimulus Check Wisely